Amongst the many topics covered at the latest London VMware User Group, a new memory tiering technology called “Project Capitola” caught my eye.

The London VMware User Group meeting was online again in March 2022 and as always featured a wide variety of topics. The day kicked off with a keynote from Duncan Epping, Chief Technologist at VMware. One of the things he covered was called “Project Capitola”, a future technology from VMware- and I should stress at this point that it’s still under development and therefore might change before a real product is released, if one is at all.

High-performance DRAM memory is expensive, but cheaper, larger capacity, memory such as PMEM doesn’t perform quite as well. Refactoring every application to use two separate stacks of memory would be incredibly complicated, so VMware are abstracting those tiers away and making them transparent to the guest operating system. 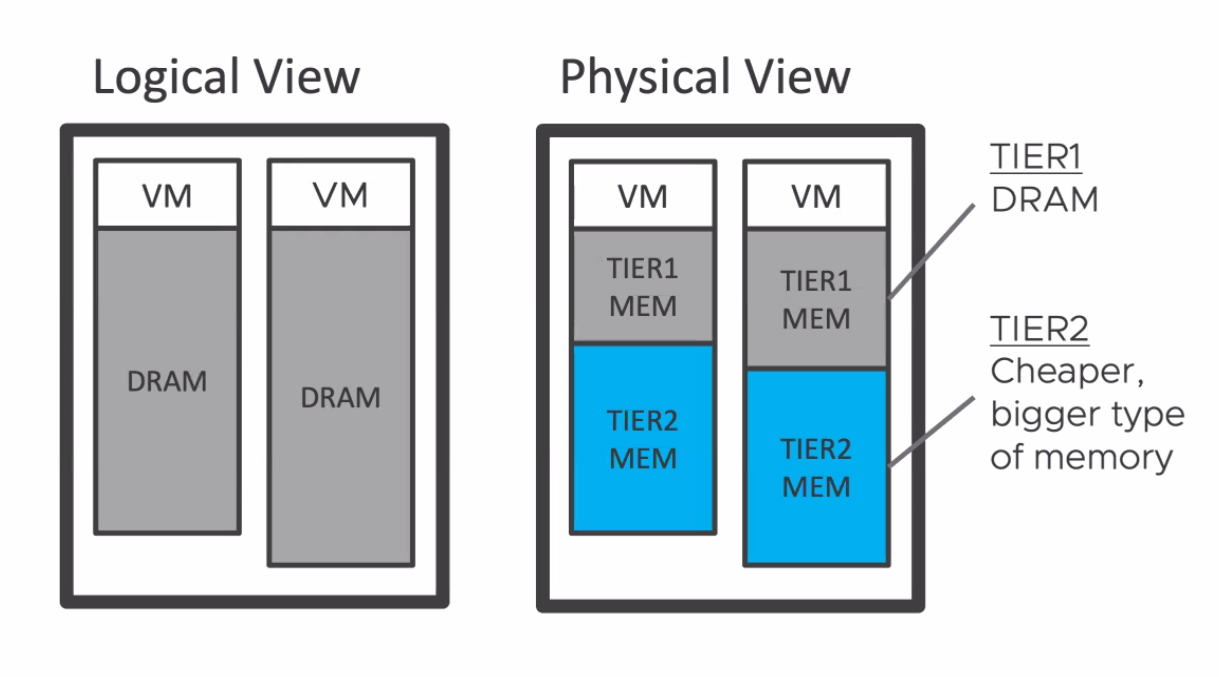 VMware has a history of abstracting hardware away from the OS- they started with the compute with their hypervisor, and then followed up with vSAN for storage and NSX for networks. There’s similarities in the thinking here particularly when you look at vSAN. With vSAN storage the Virtual Machine sends reads and writes to the underlying storage but the underpinning technology moves the blocks between different tiers of physical disk without the knowledge of the OS or application on the VM. There’s the concept of fast (but expensive) cache disk and slower (but cheaper) capacity drives.

With Capitola, the VMware software decides which pages should reside on that precious DRAM and which can be pushed to the slower memory. There’s obviously going to be a performance hit vs doing everything in DRAM, but in his VMUG presentation Duncan shared that the test figures they have are showing it’s possible to significantly reduce memory cost without a big hit on the performance of the application.

This all sounded pretty exciting, and VMware have a number of hardware partners on board in the development process. I’ll be keeping my eyes open to see what happens here.