Yesterday saw the 2016 VMworld US formally kick off with the Keynote address. There are 23,000 attendees at the Las Vegas event, and I was amongst the many armchair supporters watching the live online broadcast. 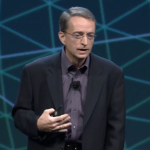 The keynote opened with drumming, poetry, and a lightshow, but it wasn’t long before Pat Gelsinger took the stage for his 5th VMworld as CEO of VMware. His presentation involved plenty of studying the past to predicting the future- “be_Tomorrow” is the tagline for the event.

Comparisons were made between the industrial revolution and todays’ digital revolution, and in more recent history we saw quotes from Eric Schmidt- the birth of the cloud- in 2006, and Ragu Raghuram on the SDDC in 2011. Some stats on the growth of the cloud vs traditional IT since 2006 were shown, workloads on a private/public cloud growing from 2% to 27% of the total in the last 10 years.

VMware’s predictions of “tomorrow” are interesting (and possibly a little too precise). Gelsinger told us to the minute when his team of experts have predicted that 50% of all workloads will be in the cloud.

Next came the real meat of the Keynote- the introduction of VMware’s latest cross cloud architecture- “Any Cloud, Any Device” using the upcoming products “Cloud Foundation” and “Cross Cloud Services”. Last year’s event had the tagline “Ready for Any”, perhaps this is finally being realised?

We heard examples from partner IBM and customer Marriot, before Guido Appenzeller took to the stage to dive deeper into the products.

The new Cloud products will allow IT to move workloads between an on-premises vCenter-based SDDC, AWS, Google Cloud, and Microsoft Azure. This opens up this possibility of bursting into various public cloud offerings when your workload demands it, but also taking that AWS-developed application and siting it appropriately across one or more locations- providing that security and resilience which IT is tasked with providing to the business. 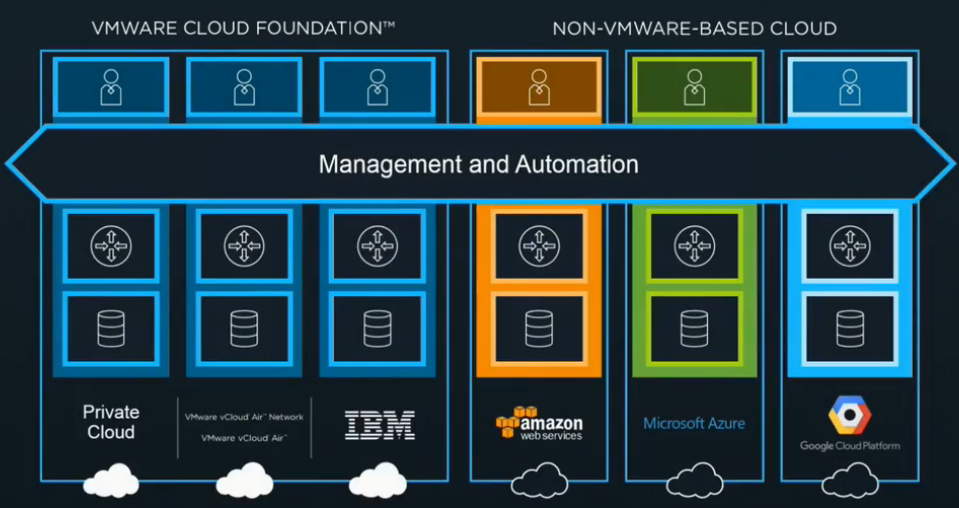 The key here is security- and it’s doubtless no coincidence that the first guest speaker in this segment was from the banking industry- it’s not just the ability to vMotion between different providers “mega-clouds” but also to implement the rest of the SDDC architecture. We saw a demo using NSX to overlay network virtualisation, microsegmentation, and encryption to an AWS application.

It is not just cloning a VM from A to B and C, it is also about extending all services to those other clouds! Networking/Security etc

One thing that struck me was the way vCloud Air was hardly mentioned. VMware has clearly shifted direction here and is not trying to compete with the AWS/Google Cloud/Azure marketplace but looking more to work with it. This also helps from an IT point of view- we don’t have to turn round to developers and say “Don’t use AWS, learn how to use vCloud Air instead” 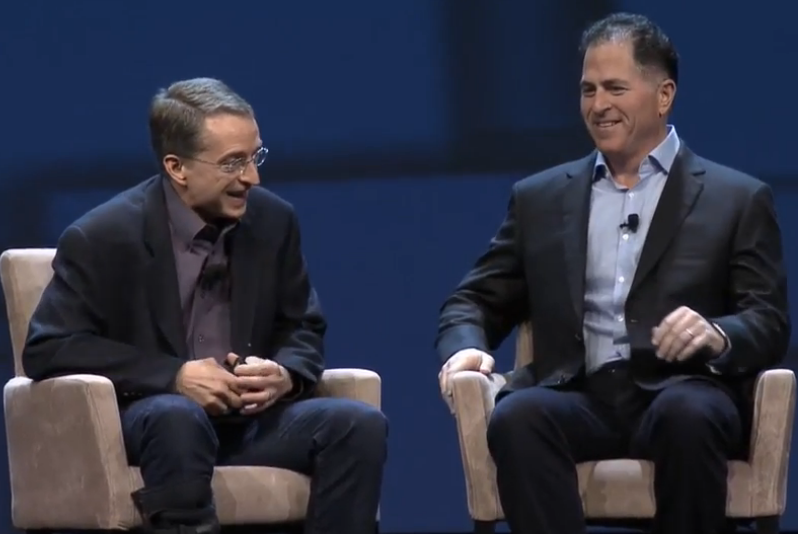 The Keynote was rounded off with Pat Gelsinger talking with Michael Dell. The Dell/EMC takeover deal was announced back at VMworld Europe 2015 in October, and currently looks like it’s almost ready to actually happen! As expected, Michael was quick to reassure everyone that it was business as usual for VMware and this Dell ownership wasn’t going to mean the end of the line for those partners who might be Dell competitors. He highlighted how the open partner ecosystem of VMware is critical to it’s continued success and mentioned the new Cloud Foundations and how “only an ecosystem of this size and power could pull this off.”

Both Dell and VMware seem keen to make private clouds easy to deploy, but are also looking to heavily push the public cloud alongside it. The next few years could be interesting, let’s have a look a cloud adoption at about four in the afternoon on June 29th 2021 and see what happened.

Full video of the session can be found below.