Following on from a similar briefing at VMworld 2017 I sat down at this year’s event with a couple of the Rubrik execs to see what’s happened in the last 12 (and a bit) months, and what the future holds for the company. 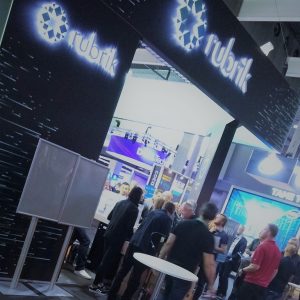 Last year Rubrik stood proudly on their flagship product- the “Brik” backup appliance and software, but since then their product range has expanded, primarily with their new lines “Polaris” and “Radar”. I see this as a pivot point in their development- they’ve established a solid foundation (both financially and reputationally) and are now expanding the portfolio and also their headcount, growing from ~350 staff to over 1500 in the past year.

However, as Rubrik VP Jerry Rijnbeek was keen to show, this isn’t a random or extravagant direction, but a journey that Rubrik has been on since it’s inception. Polaris is a data management platform, and Radar builds on that to provide anti-malware capabilities- but they’re both tied firmly into the backup application.

The ingenious bit here is that by sitting in the backup tier, the software “sees” all the data in the organisation, be it originating from legacy servers, a virtualised datacentre, or a cloud application. Even if the backup data is not stored on the Brik but pushed out to alternative storage (perhaps a NAS in the datacentre or commodity cloud storage) the Rubrik software already has enough metadata to be able to provide value.

In the case of Radar, the software establishes what normal behaviour looks like for an environment, it can then spot unusual activity- for example folders rapidly getting encrypted could point to encryption malware running riot on a file server, or a quantity of VMs being deleted could indicate a compromised admin account.  This is when Rubriks traditional powers kick in, allowing for live mounting of snapshots and therefore instant restore from a point before the infection took hold.

I got the impression this was only the first step as well- there were obviously plenty of ideas in the company of what other services they could offer having placed themselves at this particular point in the data chain which everything goes past. I’d definitely recommend keeping a watch here as the potential for useful analytics and automation is massive.

Back on the stand in the Solutions Exchange, in a sequel to last years giveaway of the vSphere Host Deep Dive, Rubrik had a thousand copies of the new Clustering Deep Dive book to give away, with the authors on hand to sign each copy.

Thanks to Jerry, Karl, and Vil for taking the time out of their show schedule to sit down with me and to Frank, Niels, and Duncan for their hard work signing books at the giveaway.

Please read my standard Declaration/Disclaimer and before rushing out to buy anything bear in mind that this article is based on a sales discussion at a trade show rather than a POC or production installation. I wasn’t paid to write this article or offered any payment, although in a spirit of full disclosure I did independently pick up a signed copy of the vSphere 6.7 Clustering DeepDive book being given away on the Rubrik stand and enjoyed an evening out at the annual Rubrik VMworld EU party.