Day 2, Tuesday, is when the real meat of VMworld starts- kicking off with the General Session (a.k.a. Keynote) at 9am. We were expecting some big announcements and weren’t disappointed. Here’s a look at some of my sessions today- these are the highlights only and more detail will follow. 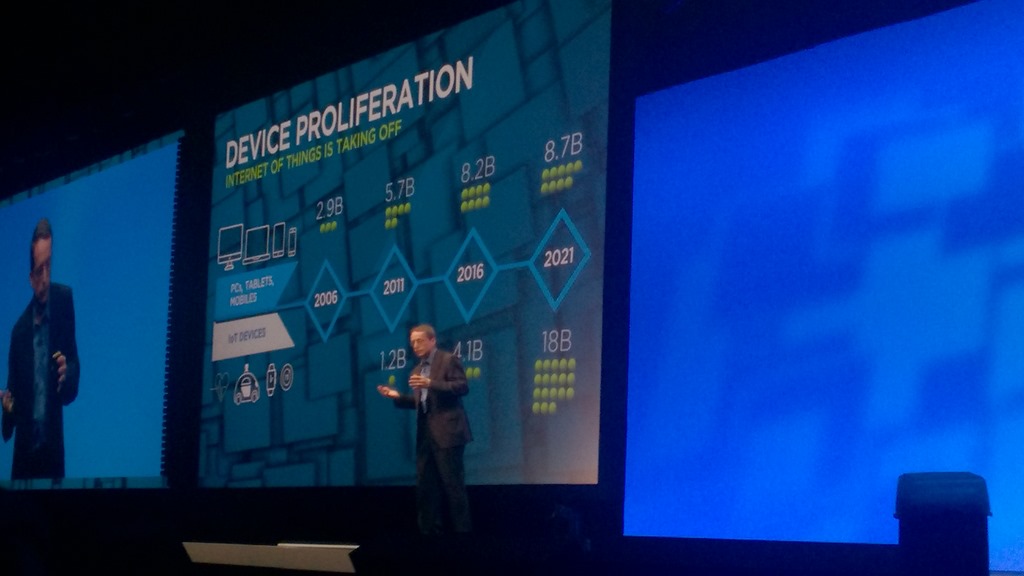 Ten thousand attendees from ninety-six countries packed into the keynote arena for the opening General Session. It borrowed many parts from the US event, but with a European slant and the added announcements of the new vSphere and VSAN 6.5 platforms and the AWS deal revealed only last week. Mike Clayville, VP of AWS, joned VMware’s Pat Gelsinger on stage to talk about how that deal is going to join the leaders in the private cloud with the leaders in the public cloud. General Availability of that platform will be mid-2017.

We were treated to demos of some of the new features offered through the Cloud Foundation and Cross-cloud architecture, including spinning up a vSphere cluster sat on Amazon Web Services, and vMotioning a workload between an on-premises Datacentre and the public cloud. One of the interesting features for me was “Elastic DRS”- this harnesses the flexibility of the public cloud and allows vCenter to automatically, dynamically, expand and contract the size of a cluster by adding and removing hosts on the fly as workload requirements change. This could deliver that real promise of an elastic SDDC capable of handling “bursty” loads smoothly, it’s also got the potential of landing you a big bill at the end of the month so hopefully there’s some checks and balances in the configuration.

Always a fun experience, this session didn’t disappoint. With a star-wars-esque intro with voice over by Alan Renouf, and further sci-fi references added throughout by himself and Luc Dekens, it offered an in depth look into some of the new happenings in the PowerCLI world without making anyone’s head hurt with the complexity.  Announced this morning was the release of PowerCLI-core which offers the opportunity to run PowerCLI on a Linux (including PhotonOS) or Mac platform.

There’s also the announcement of VMware (no longer “vSphere”) PowerCLI 6.5 which is offering many new features including a switch to modules from the traditional snapins, cross-vCenter vMotion using Move-VM (even to AWS!), and improvements around Virtual Disk Management and Horizon View controls. There’s too much to mention it all here, so I suggest keeping a lookout for the session online.

With the new vSphere 6.5 announcement this session was really full, with people sitting on the floor round the sides of the room. The session served as a jumping-off platform for the more in-depth sessions this week, but summarised the new features in Migration, User Interfaces, Encryption, ESXi lifecycle, Secure Boot and the Universal App Platform to enable containers within vSphere.