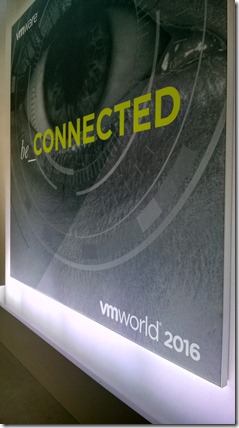 VMworld is not all about announcements and sessions, some of the most valuable content is found in the social and community side of the event. It brings together over ten thousand people in the IT industry and there’s always lots to talk about and plenty to learn outside of the scheduled keynotes and breakouts. The social side isn’t just about popping out for a few vBeers courtesy of a sponsor- it’s the opportunity to meet your fellow professionals, hear what their up to, what they’ve seen at the show, what problems they are facing back at the datacentre or office, and possibly what solutions they can offer for your own issues. It makes for a week of long days, but it’s definitely worth it.

The community side of VMworld started for me even before leaving for Barcelona, as I had an impromptu meetup at London Gatwick with a couple of other vExperts (great to meet you Mark and Giuliano) who were waiting for the same flight. 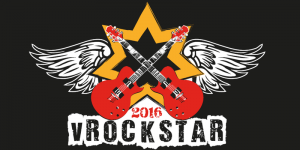 Upon touchdown at El-Prat there was just time to check-in to the hotel and change before heading off for the opening social gatherings organised by the awesome events team that is Patrick Redknap and Marco Broeken- the Cohesity “Pre-Beer Party” at the Obama English Pub and then the annual vRockstar party held at the Hard Rock Cafe. Thanks to the vRockstar sponsors- Rubrik, Nutanix, Veeam, VMUG, Hytrust, EMC Elect, Zerto, and Exelerys. These events were a great opportunity to catch up with old friends and make some new ones before the conference officially started the next day.

Monday morning saw my first opportunity to get into the Gran Fira venue, register, and get down to the VMVillage for my first taste of the Hands-On Labs. There were prizes to be won, and I finally met Noell Grier when collecting a SocialLabs T-shirt from the Cloud Credibility booth. This area was also the scene of a “Team London VMUG” photo opportunity later that morning.

For me, Monday evening started with a walk down the beach to the Dell EMC reception at W Barcelona, right up the tower at the Eclipse bar. This featured VMworld themed cocktails such as the “vMojito” and an “All-Flash Martini” and stunning views across the city as the sun set. Later on in the evening I got a taxi across town to the Nutanix event at Cafe Ocana. Again, there were some regular faces and I met a whole host of new people, including Stephen Foskett of TechFieldDay fame.

As I mentioned in my session write up of the Tuesday, the day kicked off with the Keynote and as I was lucky enough to have a bloggers pass (thanks again Corey Romero and the team) I managed to get a reserved seat right down at the front. Tuesday morning was also the first opportunity to get into the Solutions Exchange. Here there’s the opportunity not only to pick up some vendor SWAG but, more importantly, find out what the latest product developments in the VMware ecosystem are.

Tuesday evening was the vExpert Reception held at L’eggs with a brief appearance by Pat Gelsinger himself. Also present were the OpenTechCast team conducting interviews. 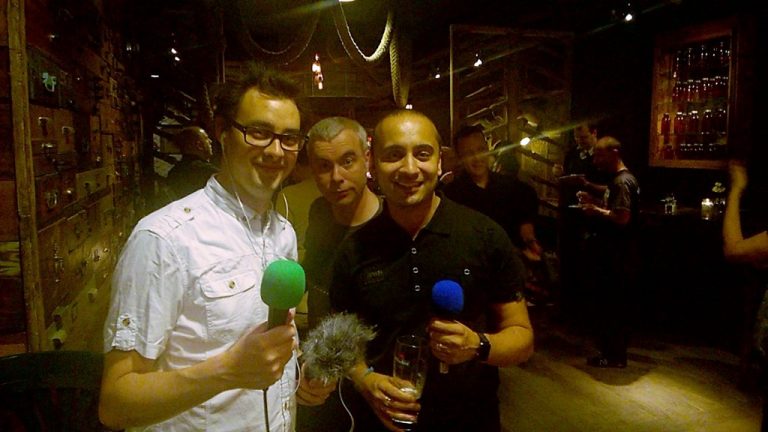 After that drew to a close a small group of us took a trip to a local pub with London VMUG’s man on the ground, Alaric. Whilst the idea of a late-night party in a beach-front club is all well and good, the opportunity to have a chat with friends without having to shout was much appreciated.

Between sessions, much of my Wednesday was spent in the Hang Space and Bloggers area in the VMvillage including some last minute preparation for my vBrownbag presentation and some time to catch up on both my own blog posts and what others had been writing.

.@aldershotchris Killing it over on the #vBrownbag right now #vmworld2016 pic.twitter.com/dG4TEXdYWW 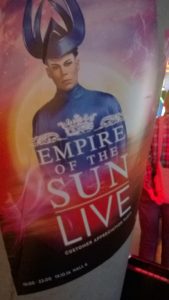 Finishing up Wednesday was the VMworld Party. held in the keynote hall. This year the headline band was Australian outfit “Empire of the Sun”. Again the networking continued, the hall is large enough that even with the band or DJ in full flow at the front there is space at the other end of the arena for meet-ups and conversations. 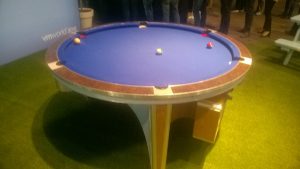 Thursday is generally a quieter day at VMworld, and it offered the chance to do one last trawl through the Solutions Exchange- looking up those products and services that people had mentioned were worth a look at. The VMvillage got quieter and quieter as the afternoon went on as people left for the airport. An ideal time to take stock of the week’s happenings and finally get a go on that circular pool table!