October 2018 marks my 18 year anniversary working in Higher Education IT (so yes, about the same time since this year’s Freshers were born). It’s been a long ride and things have changed dramatically from technology, personal, and industry perspectives in that time. In this post I’ll be discussing a few of those differences, so gather round and imagine me sat in a rocking chair holding a pipe and talking about the olden times.

October 2000 was a time of change in technology- the perils of the millennium bug were nearly 10 months behind us, Napster had gone legal, the last major release on LaserDisk hit the shelves, Sony released the Playstation 2, and Amazon was best known for selling books online.

I arrived fresh faced to the University department and one of the first tasks in my new role was to order some parts for my new computer. There was little budget for IT and we scraped things together from what was around. If memory serves I ordered a motherboard, memory and AMD K6 processor and coupled this up with an existing beige case, power supply, 14" CRT monitor, and old hard disk from the recycling pile. 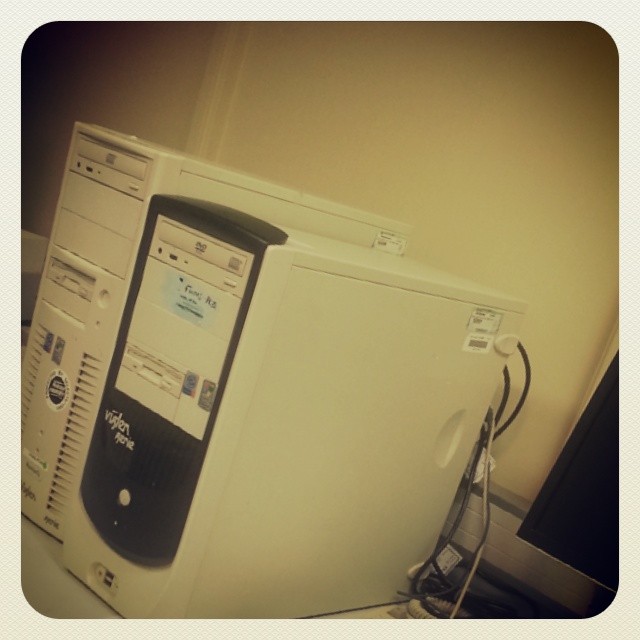 These days we order laptops and desktops from (insert major manufacturer here) and my office desk has a 15" 8th-Gen-i7 hooked up to a pair of 29" widescreen displays. As well as the advances in technology this is one of the most apparent signs of the professionalisation (and some might say commercialisation) of IT within Higher Education. There’s less scrabbling to recycle outdated components and squeeze assets for decades and a lot more focus on allowing IT to spend it’s time fixing and improving things.

Behind the scenes the server infrastructure consisted of tower cases on a desk in the corner of my office- a sneaky way for a junior employee to get an office to themselves- there was a small UPS on the floor under the table, and the entire lot ran off a single wall outlet. Windows NT 4 was the platform of choice here, about a year later upgrading to Windows 2000 and Active Directory. Fast forward and we saw the proliferation of rackmount servers and disk arrays in purpose built datacentres. Then there was the arrival of virtualisation, VMware Server and then ESX providing the opportunity to run multiple servers on one piece of tin. These days we’re putting some of these servers “out in the cloud” on the other end of an internet connection, something we wouldn’t have considered 18 years ago.

Tidying my office and I've just found a 2006 Personal Computer World cover CD with #VMware Server 1.0 included. Is this where my journey began?#VMworldBeginsWithMe pic.twitter.com/7GaradG0lS

The network joining all these things together has changed as well. Gone are the days of 10Base2, crimping BNC connectors on cables we’d threaded through the suspended ceilings, and troubleshooting T-pieces and terminators. 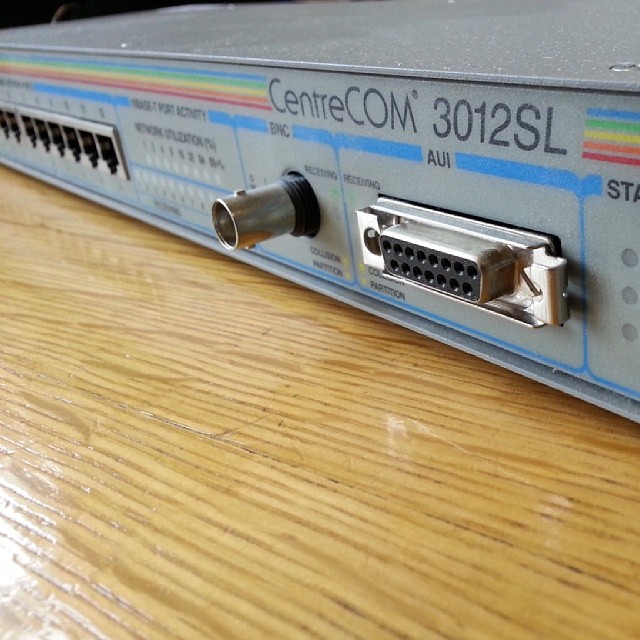 Today Gigabit ethernet to the desktop is norm, the datacentres run on fibre and 10G copper, and you can sit outside by the campus lake and get a Wifi connection.

As with the network, storage capacity has increased dramatically. On my first day in the office I had a 15 MB quota on my network home drive. In addition to storing all my personal files and settings this also had to hold my POP mailbox which I accessed by Eudora. Jump to 2018 and I’m working at a University where staff get a 1TB OneDrive account and a separate 100GB for their email.

Personally, whilst staying in the HE sector I’ve developed from a “Generic IT Support bod #7” to a more senior role, whilst keeping myself technical. I still retain some of that generalist approach, but my day-to-day work has become much more focused- particularly around virtualisation, servers, and automation.

In conclusion, as with everywhere else technology has definitely moved on dramatically in the past 18 years. Network, Storage, and Compute have all grown incredibly and this has allowed us to do things we wouldn’t have considered back in 2000. As well as that though, I believe the UK Higher Education industry has also changed and it’s IT departments have worked hard to adapt to that. We now take on many more of the processes and technologies you’d expect from our colleagues in more commercial backgrounds in a bid to provide a modern, up-to-date IT environment for the teaching and research activities of Universities in the current era.

As I finish writing this post, someone has just brought in a laptop from 1992 which they’ve just decided is no longer required. Please ignore the text above about how things have changed. 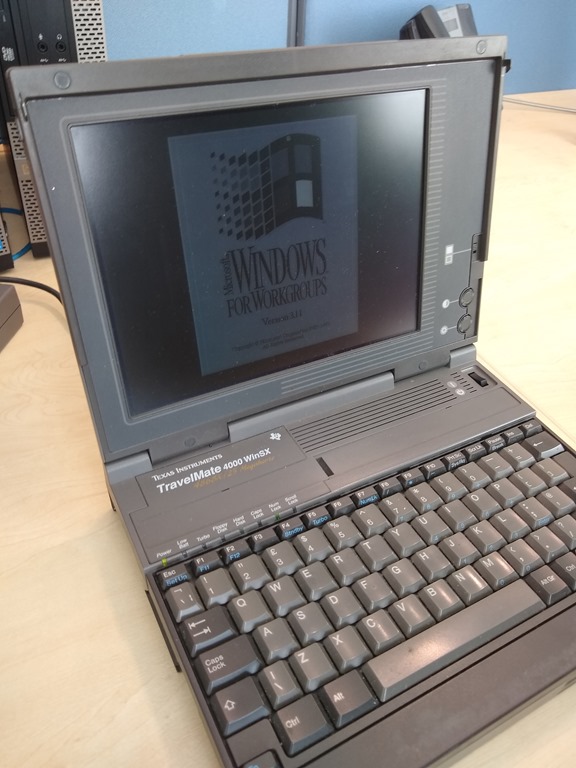