IT in Higher Education

After over 15 years working in IT within the H.E. vertical I’ve spoken publically a few times about our corner of the tech industry, with talks at VMworld in 2016 and a recent TechUG meeting and chairing a roundtable at a UK VMUG UserCon. This post covers the highlights some of the content of these sessions, it contains themes that I’ve seen myself at various institutions and have struck a common chord in discussions with colleagues from other Universities.

The HE IT Environment

There are 17,000 IT Professionals* working in the UK Higher Education industry spread across 160 Universities the length and breadth of the nation- that’s a sizable number and doesn’t include those working in IT within Schools and Further Education Colleges. These staff support some amazing research and teaching and have the opportunity to work with some really awesome people and kit in a wide variety of disciplines.

How many IT departments in other environments can support racing teams, particle accelerators, gene sequencers, dance studios, silver-service restaurants, sports centres, and farms whilst looking after residential internet customers, Nobel prize-winners, Rocket Scientists and Brain Surgeons all in a normal day? Dealing with the cutting edge presents unique challenged - for example in most environments the team looking after the wireless LAN doesn’t have to worry about the people in the office next door experimenting with next-gen wireless tech in the same airspace. As well as the cutting edge, there’s also IT supporting the more generic activities, most of which are found in any large enterprise organisation. There is still the need for a projector in the boardroom, a website for marketing, the EPOS in the coffee shop, payroll systems and so on.

Probably the most obvious challenge to someone dropped into the HE environment is the age range in supported equipment. There’s plenty of the latest and greatest- if you look round the vendors at any tech conference I’d be surprised if any of them didn’t have product in at least one University. But alongside this there’s usually a plethora of kit that’s perhaps past it’s best-before date but has to be kept running- this is partly down to the traditional grant-based funding model where “services” are funded once but then expected to stay on for ever.

Thankfully server virtualisation came along and helped to keep some of the old operating systems running when the hardware they relied on dies, and the advances in software defined networking have provided the opportunity to secure some manufacturer-unsupported workloads and protect the rest of the infrastructure.

In higher education (and education in general) the employee headcount is much smaller than student numbers – UK Higher-Ed has about 400,000 Staff and roughly 2.2 Million students. Compared to a normal corporate environment there is a high turnover of these users because in addition to the regular comings and goings of employees, roughly a quarter of the “headcount” leaves every year as students graduate. This leads to the obvious potential difficulties in handling services such as user accounts – one that most Universities addressed some time ago with automation and integration with payroll and student record services.

It also presents some problems with software licensing- if site licensed software is based on the number of actual users on a site rather than the number of staff this can get quite costly. Most establishments also operate student computer labs- essentially a large scale hotdesking environment. If a software license is per-seat (and not on a flexible concurrent basis) then licensing enough seats for students to use the software in any lab (rather than having to be timetabled to just one for that application) can run up similarly high fees.

One of the more bizarre things that a newcomer to the world of Higher Ed will come across is the issue of ownership. Often a Researcher can leave to join another institution and take their in-progress grants with them. This can mean that hardware and data can sometimes leave the company when staff do, and on the flip-side unexpected computer equipment and large amounts of data can arrive with new starters. Imagine in a more traditional corporate setting a developer or salesperson leaving and not only taking their Macbook with them, but also all the code or customer data they had been working on.

It’s an unusual situation, and one that IT departments in Higher Education need to deal with on a regular basis. They need to ensure that they have sufficient storage capacity that if terabytes of data arrive unexpectedly tomorrow it can be safely stored- requiring a flexible infrastructure. They also need to ensure that software licenses and hardware assets that are owned by the company and not part of any mobile grant are retained.  VDI and Application Virtualisation technologies can help with the software ownership and a rigorous asset management system and process is required to keep track of physical devices.

Staff arriving with computers from their previous employer is only one part of the “Bring Your Own Device” experience. BYOD is, and always has been, the norm at Universities for both students and staff. Thousands of students arrive each year with their own devices, coupled with staff with personal budgets and requirements sometimes choosing what to buy themselves. I’ve joked before that in Higher Education IT we were “doing” BYOD before we knew it was a thing.

But BYOD is not just for personal devices, this extends to the server environment as well- Staff and research students running servers in cupboards or under their desks. “UDDC” (The Under Desk DataCentre) can be commonplace. Add to this the “Bring Your Own Storage” problem everyone in the tech industry sees following the proliferation of large, cheap, portable USB disks and IT has a real challenge on it’s hand to provide the security and resilience that the institution, the business, requires.

Again VDI and App Virtualisation can help to deliver and maintain the software on the plethora of endpoint devices. For the server side, P2V for Under Desk DataCentres is an option. IT can easily show the benefits of a proper server environment and the ability to provide scaling and resilience that’s just not possible with one of these foot-warming server deployments.

I’ve touched on Application virtualisation (and written in more depth on the subject) and there’s a lot of software used in Higher Education, a noticeable proportion of which presents a challenge to deploy and manage in the enterprise environment. IT are dealing with thousands of devices but the individual researcher wants to just download an app and get on with their job.

In Higher Ed (and Research in general) there’s a lot of little applications out there that another researcher has popped on the web (possibly back in 1994). Todays academics just want to download and use them, often with the expectation that everything will just work. However accompanying the download file there’s often no installation instructions, or instructions that remind you of the cover of a Led Zepplin album- there are so many steps. If anyone reading this ever finds themselves writing a manual don’t presume that just because someone has a Nobel Prize in Quantum Chemistry they are adept at editing the Windows Registry.

There’s also a lot of scientific applications just not designed to work in an enterprise environment. IT try and live in a world where users’ don’t share a login, and don’t require full administrator rights on their local workstation just to use it. It’s not just the freeware downloads that fall foul of these expectations- similar issues can often be found in expensive commercial research applications.

To aid this IT can invest in deployment methods- packaging through platforms such as SCCM, or virtualising the package (using ThinApp, XenApp, AppV, or Cloudpaging etc..) , or presenting the app through a virtual desktop infrastructure minimises the number of times an awkward installation process needs to be repeated and potentially allows some flexibility of the end-user device. User Environment Management plugs in here too, letting users escalate permissions without blanket issuing of admin rights across the estate. 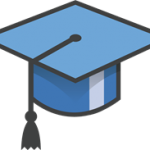 So, to summarise, the big difference in a University environment to a traditional corporate one is the great variety of disciplines and activities, almost all of which require some form of IT. IT has become more and more central to almost every workplace over the past few decades and Higher Education institutions- themselves large enterprises- have at the same time adopted more and more of the practises and processes of the commercial sector. The Information Technology departments at Universities today faces many challenges common to their corporate counterparts in addition to some some unique to the sector. Thankfully modern technology is helping IT Pro’s rise to these challenges.