Automated Deployment in the HomeLab- Part 1

I’m commencing a project with my HomeLab- I’m going to build a system whereby I can produce custom mini-lab environments by means of a script. There are off the shelf solutions to do this (see AutoLab as an example) but if I build this myself I get something tailored exactly to my needs (and available resources) and hopefully learn something along the way- which is what the HomeLab is all about really. This is the first post in what should develop into a series showing how I work through the process to create my automation system.

a.k.a. what I want to achieve 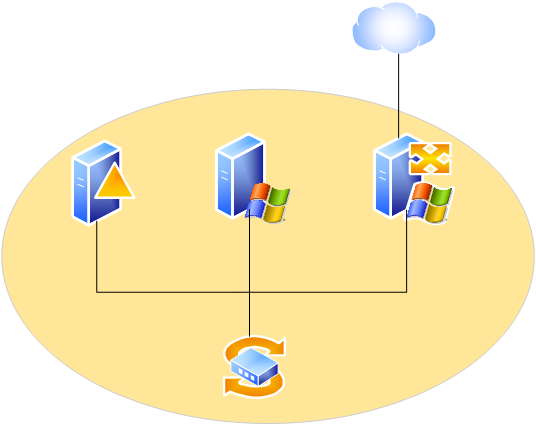 a.k.a. what I have to play with

a.k.a. How I’m hoping to achieve those aims with those resources.

To do all this I’m starting out by preparing a vSphere template of Windows Server 2012R2. I can deploy this- with customisations- using PowerCLI to form the building blocks of the lab environment. Once I have Windows VMs deployed I need to be able to configure them- this is where PowerShell remoting will come in handy- I can deploy roles and features and do some basic configuration. I’ll put together a PowerShell function to do all that. This function can then be re-used in the script to deploy multiple VMs with different configurations. For example:

I’ll use PowerCLI to deploy a private network within the Hypervisor and connect the VMs to it. This method will also be used to configure the connections to the gateway -one NIC pointing at the private switch and one at the internet-facing vSwitch already in place.

Some more in-depth PowerShell (possibly also arranged into reusable functions) to do the in-depth configuration of the roles. For example, when the script completes I want the Active Directory to be up and running, the Gateway providing an internet connection to the VMs, the VMs getting IP addresses from the lab DHCP and domain-joined. Basically I want to be able to run the script, make a brew, and come back and find a fully configured system ready to go.